Do I need a Bridal Consultant…and what are the benefits of having one? 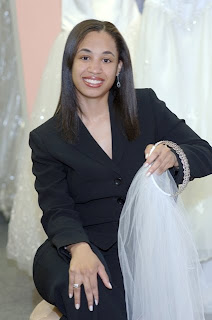 Do I need a Bridal Consultant…and what are the benefits of having one?

Congratulations on your engagement! This is an exciting time for you and your fiancé(e). The next step is figuring out where to start with your wedding plans. With so many people interested in providing you with more advice than you can possibly absorb, hiring a bridal consultant should be the next item on your “to do” list.

Some time ago bridal consultants were thought of as a luxury hired only by the affluent. Today, however, this is not the case. Since 1999, the demand for services from bridal consultants commonly referred to as wedding coordinators or planners have increased tremendously. They specialize in planning every moment of your wedding day and beyond providing everything from advice on social etiquette to menu selection. Include them in your wedding budget along with the photographer, caterer, and DJ.

Ask anyone who has planned a wedding and they will quickly tell you the process is a full time job. There is so much to do and so much to learn within a finite period of time. Few brides-to-be are experienced in orchestrating an event as large and important as a wedding. They often overlook the pitfalls of their plans, leaving many things to go awry. Today, very few couples have the time required to successfully plan, manage, and execute a flawless wedding day event.

The role of bridal consultants is to offer a level of expertise, knowledge and creativity you won’t find anywhere else. They are part Martha Stewart, part Miss Manners just oozing with imagination and know where to find all of those unique and dazzling touches to transform your wedding from cookie cutter to couture. They research the best deals around, provide a host of products and vendor services that can meet your financial parameters, and take the stress out of your hands while allowing you to maintain total control over your wedding day plans. Bridal consultants can also secure discounts for their clients or negotiate better deals than couples can do for themselves, resulting in substantial savings. In some cases, they can even arrange travel plans and honeymoon packages through their many contacts. Here is a video of a candid interview with a couple who hired a wedding planner for full service planning services where they talk about the benefits of having a planner from beginning to end. www.vimeo.com/6996863

For couples who want to do their own planning, bridal consultants can be hired to provide advice that ensures each couple’s plans are on the right track. They can also supervise and coordinate the special wedding day event, while you entertain your guests and family with a stress-free smile. They ensure all key players including vendors, guests, bridal party and the bride and groom, are in place at the right time doing the right thing. They also know what to do and when to do it, so the production of the day’s event flows better than expected. Should a crisis arise, a good consultant is able to take care of it without the bridal couple ever knowing there was one. With all the costs involved in producing a wedding, the fee for “Day Of” coordination is a small price to pay for peace of mind.

When you consider hiring a bridal consultant, be safe by asking for credentials. Typically these professionals do not have to be certified, so if you find one that is, it’s a sign that they have a strong commitment to delivering the best service possible. You might check to see if they are active with any professional affiliations such as the Association of Bridal Consultants or the International Society of Events. These organizations adhere to high ethical standards and business practices. To be part of them, individuals must demonstrate solid values, a high level of integrity and a commitment to excellence. Finally, ask your bridal consultant to show you a portfolio of past weddings and references. Make sure their portfolio exudes the caliber of wedding you envision for yours. This is how you weed out the professionals from the hobbyists. Trust me – there are a lot of hobbyists out there so BUYER BEWARE. Remember, you must feel comfortable with this person – after all you’ll be spending a lot of time together!

You only get one shot at the biggest day of your life…only one chance to make it amazing…don’t gamble with disappointment – hire a professional bridal consultant TODAY! May your wedding be A Perfect Setting and everything you envisioned it would be!

This article was written by Tamieka L. Jones, founder of A Perfect Setting Wedding and Events, Inc. She is certified and holds the trademarked title of Professional Bridal ConsultantTM with the Association of Bridal Consultants. She also serves as the wedding coordinator for the renowned Abyssinian Baptist Church in Harlem. She is a highly sought -after wedding planner in the tri-state area. All her clients have benefited from her acute attention to detail, out of the box ideas, love for décor and passion for celebrating the many milestones of life.

Posted by Nick Carter Photography at 12:56 PM No comments: 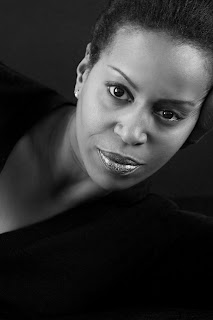 “His stuff, your stuff, now what?”

As an interior designer with over 25 years in the game, you could say I have endured some design challenges. And now as design head for Armani Casa, Giorgio Armani’s interior design studio, I have been fortunate enough to design home environments for bachelors like singer John Mayer, violinist David Garrett, actor Adrien Brody, and various captains’ of industry. I’ve spent seven years designing showrooms for Raph Lauren, including the Beverly Hills and New York stores amongst others. But the most challenging feat is often a new home for ‘newlyweds’

Man, Check! Ring, Check! Venue, Check! But did you really, sign on to gaze at that threadbare sofa ‘Til Death Do Us part’? What will your response be when he comes home dripping from sweat, some hazy, hot and humid mid-August summer day during a New York City garbage strike? He walks in, runs his hands through his sweat laden hair, hurls his Kenneth Cole laptop messenger bag to the floor, runs into the kitchen for one, no two, cold ones. Pops the cap, grabs the remote control and salt and vinegar chips, to watch the eighteenth run of Rocky 2 (like he never saw it before), poised to stretch out, feet up and realizes someone moved HIS sofa?

‘Till Death Do Us’ part. Hmmmmm. Sometime in the not-so–wee hours of the night (okay, day after he’d gone to work) the Salvation Army Truck arrived. I know, I know you never saw it coming, didn’t call them, but somehow they managed to enter your newlywed home and haul that raggedy thing to an unknown location. Hmmmm. Where, Oh where are the by-laws buried for the not-so harmonious task of ‘blending furniture’? This was not covered in marriage counseling. If so, the pages must have been stuck together. It is likely easier to ‘blend’ in-laws, and extended families. Well except for the ‘crazy cousin’ no one wants to claim much less talk to.

I am often asked to ‘marry’ styles. Contemporary, with Traditional, Moderne, with Bohemia, French with Vintage Metal, as in Heavy Metal. Generally there has already been a degree of editing done way before I show up. But all too often, there is that one piece that manages to be the ‘button’. The piece that can be a real deal breaker. The one fabric clad (often stained) heavy piece from the ‘hot’ bachelor/bachelorette days that can question your own judgment. The piece that makes you wonder is you should have married ‘Fred’ instead of ‘Ted’. What is the solution?

The answer, in short is ‘diplomacy’. The same level of ‘diplomacy’ required in deciding where to spend the holidays, how to tactfully avoid eating his mamas, overdone pearl onion casserole which is like chewing a plate of marbles, with cheese.

Identify pieces that fit well into the new environment.

When I say ‘fit’, I have four suggestions:

1) Scaled to fit. Do not keep a large sofa in a studio apartment just because your sister gave it to you.

2) Keep ‘non-trendy’ pieces that are in good condition and made well. Even if something is old consider updating with new knobs, pulls, hardware etc. Strip the finish and add a coat of paint. There are numerous shops allowing DIY practicing before committing to an entire job.

3) Make breathing new life into old pieces a ‘date night’. Wear sexy clothing and he will forget you’re ripping the denim fabric off of his favorite football night chair, replacing it with velvet and a colorful Jonathan Adler toss pillow. Whenever, he see’s the chair, he will imagine how much fun you had frolicking on it, forgetting what it used to look like. And if he can’t remember, frolic some more until it’s all he can think about. You know what I mean!

4) 1-800-STO-AWAY and any likely facsimile available in your region. Costs are generally manageable. Who knows, down the road there may be more room for it, or the style will come back. Again, only keep pieces in great condition.

Remember, “keep it moving or be left behind”. So try not to worry about sofas, curios, tables and such. When the music stops, just be glad to have a chair!

Joy Moyler-Carter is a New York based interior designer who currently is creative director for Armani Casa,

Posted by Nick Carter Photography at 11:51 AM No comments:

Things that keep me going...